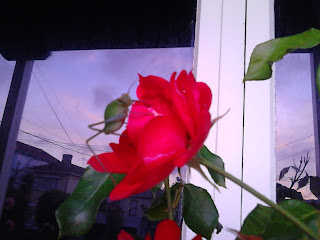 I was standing in the bus shelter the other day and just happened to glance down and what do I see but a little green caterpillar frantically hurtling across the footpath...towards the shelter...
There was a gap under the shelter so he could've made it into the cubicle and if he'd survived the bus patrons' feet, next stop was more footpath, where more humans and their tootsies were lurking. Beyond that was the road. If he'd by some miracle made it that far, a trio of sparrows loitering on the curb would most likely have noticed a green squiggle in motion. A fairly grim prognosis, I'd hypothesize. Not a very sensible itinerary, Mister Caterpillar.
Naturally, I sprang into action, nervously because I had an appointment to get to and couldn't risk missing the bus, and I know from experience that caterpillars can be very  tricky customers.
They do their damnedest to thwart ones attempts to rescue them. Valuable time molecules are wasted in the ensuing battle. And their delicate disposition requires a gentle approach. This particular caterpillar was in full on panic mode, wriggling wildly in protest. Did he seriously think he had a better plan?
Luckily the consequence of his boisterous resistance was that he back flipped himself onto my awaiting bus card so I was able to scoop him up and relocate him (before he back flipped himself off again) to a nearby garden. 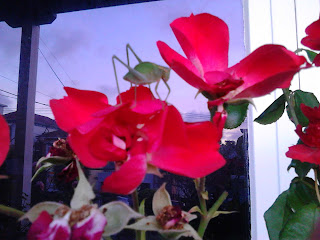 While there were caterpillar style holes in the greenery that I rehomed him in, which suggested he may find himself amongst his own kind, I doubt it was where he started his journey. It was a very windy day and there was a very large tree above the bus shelter, so I think he probably got blown off of his perch.
As much as I like to help bugs return to their hometown, I wasn't about to scale the tree. Apart from the fact that my unco status dictates that I should stick to just hugging trees and sitting beneath them instead of climbing them, (and that I would've missed my bus, that as well) it was way too windy for such acts of altruism. Would've made some amusing headlines though. Let us peruse a few;
"Fire department rescues crazy caterpillar woman from treetops."
"Hypothermic windswept woman's garbled explanation confounds fire fighters: Why was she trying to rescue a caterpillar from a tree?"
"Fire fighter rescues woman from tree, then searches neighbouring trees in pursuit of cat called Mister Caterpillar."
"Fire department plead for public to leave caterpillars stuck up trees to their own devices."
"Fire department rescue guidelines updated after surge of critters stuck up trees calls: cats - yes, caterpillars- no."
"Tree hugging caterpillar defender back on terra firma and being cocooned by mental health professionals."
"Woman and caterpillar both recovering well after wild wind sends pair plummeting into path of oncoming bus."
"Witnesses sought: Woman recovering in hospital, after miscalculating weight bearing capacity of branch, keeps asking nurses if Mister Caterpillar survived the fall. Anyone near the bus stop in question on the morning of the incident who saw a man in a green jumpsuit fall from the tree, or anyone who knows the mysterious Mister Caterpillar's current whereabouts, is asked to contact police." 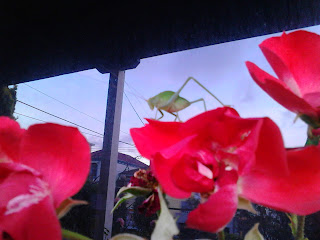 I think I like that last idea best. Kinda makes me want to get a green jumpsuit for myself. Maybe Mister Caterpillar could be part of a new wave of super heroes. A crusader for truth and justice who saves the day in a lime green onesie.
I wonder what his special power would be...the ability to spin himself an invisibility cocoon so he could hide from his adversaries? Has that been done before? I think there's a Moth Man, isn't there. Not sure what he does. Might ask google later.
Mister Caterpillar would of course be able to traverse any terrain with his sticky feet, (except perhaps the ocean) inching his way up tall buildings, and beneath underpasses. And he would not just be able to scale bridges, he could be a bridge... joining the gap in a broken swing bridge so the terrified little humans stranded on the side where the scary monster is salivating in their direction, could flee to safety. Three cheers for Mister Caterpillar!
But wait... let's rewind just a little...I just had a troubling thought...what if Mister Caterpillar was hurtling towards the bus shelter because he also had a bus to catch... Maybe he was worried he might be late for his appointment...
Obviously, such a possibility unearths a plethora of perplexing questions... is that why he back flipped onto my bus card in one (now suspiciously) easy move? Did he think, "Sweet! I can hitch a free ride on someone elses card!"
Or was his back flip accidentally precise, was he really thinking, "What are you doing, stoopid human? Leave me be!  Can't you see I have a bus to catch!" As I whisked him away from his spot in the queue, was he cursing under his breath, wondering if it would be too late to reschedule?
Perhaps the most pressing question, in my mind, at least, is what kind of appointment would a caterpillar need to catch a bus to? A cocoon fitting? An antenatal/metamorphosis class? Or maybe he just had a coffee date? With Moth Maiden?
I'm not on drugs, btw. I know I've said that before, it's just that sometimes when I read back through what I've written, I find myself thinking, "Huh? Is this woman on something?" so it's easy to see how others might think that too. Truth is, I'm just naturally like this. My brain thinks odd thoughts. Some of them, I share. With you, dear reader. Or dear spammers. Oh wait, the spammers don't actually read this waffle do they...
Posted by Holly at 10:26 PM No comments: