I reckon bugs can teach us a thing or two about the gentle art of wooing. Except perhaps praying mantises...and maybe not those black widow spiders either... Hmmmm....okay... I may have to rethink this hypothesis...let's stick to romance lessons sticky style, shall we?

I didn't see many stickys over the summer. It has been an unusually hot dry one though, so maybe that's why. I'm pleased to announce that they are now back, on mass, stickys galore! And just as amorous as ever. Good grief.

You could be forgiven for thinking at first glance that there is only one bug in this photo; 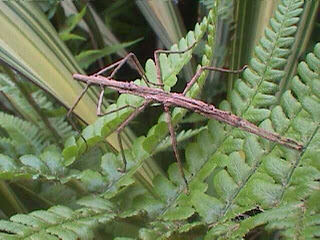 But if you look a little closer; 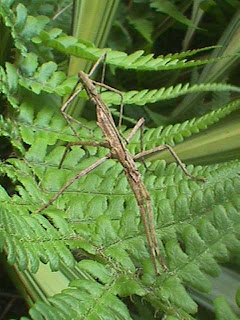 You will see that there are in fact two stickys, uniting as one; 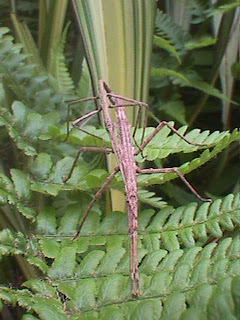 No room for misinterpretation from this angle, which is why censorship is required; 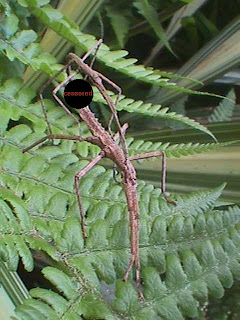 But stickys aren't a love em and leave em, kind of bug. They stick together, in more ways than one. Here they are, post embrace, still embracing; 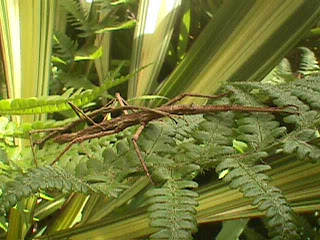 And I have to include this photo, because the female sticky even took time out from canoodling to wave at the camerawoman!; 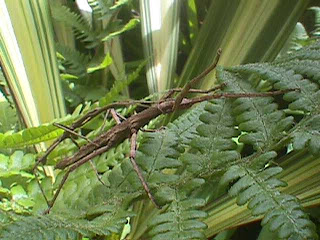 But just after the salutation, a gust of wind dislodged the happy couple and they fell off the fern. Not to worry though, they clung to a flax leaf instead, still together. Such devotion. I am in awe. Don't they cast an adorable shadow; 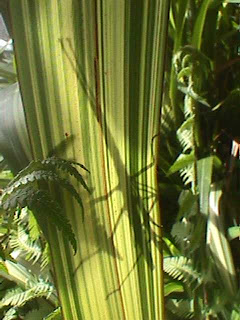 When I checked back later they had gone from shadow dancers, to shade lovers. It was quite a hot day, so a sensible move, imo; 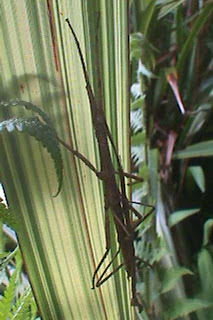 And here they are doing their "we are one" thing again. Ahhhhhh...;