Someone once said to me that bumble bees are like flying teddy bears. How apt is that. They're cute, cuddly, and airborne, and according to the scientists, they shouldn't be able to even leave the ground. The miracle of improbable flight. 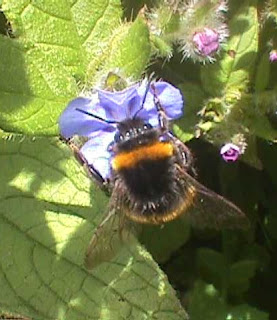 Okay...so now I'm getting an image in my head of real teddy bears, flying. They're wearing goggles and helmets, and little backpacks presumably full of teddy bear necessities, just in case you were wondering.

They haven't actually left the ground yet though, because they're firing up the gas in the teddy bear sized hot air balloon that's parked outside my front door. It takes time to inflate those things. Has to be done properly.

Two of them are deep in discussion about where in the basket the picnic hamper should go. It does look quite heavy. No doubt laden with teddy bear treats. Makes sense to do the maths. Balloons are a bit of a balancing act. Don't want any teddys overboard, or flattened by bulk kitchen utensils, because of a miscalculation. That would be...un-bear-able...

Uh oh...one of the teddys has just been plucked from my verandah by a passing hawk! Eek! He's waving though, which I will assume is a good sign. Must be a glass-half-full kind of chap. That's the spirit. Think of it as an adventure. A bird's eye view, almost, of the spectacular scenery. Up until the moment when you are dropped into the nest...or the ocean...

I can take comfort in the knowledge that the hawk isn't planning to harvest his flesh since he isn't a real boy, but having said that, I guess the stuffing in a teddy would make a nest quite...erm...well...nesty...

Let's just hope the hawk has kleptomaniac tendencies and an empty nest furnished with an extensive--intact--soft toy collection. If only I had a pair of binoculars to monitor the bear's progress... Hang in there, teddy...

Anyway...back to bumbles... It hasn't escaped my attention that they really know how to colour coordinate themselves. They look good with any shade of flower. Who would've thought yellow and black stripes would be so versatile. I don't think I could pull it off. Don't have the right skin tone. Sigh. 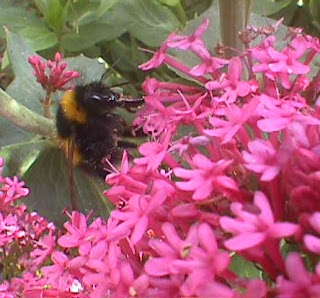 And pretty in the pink; 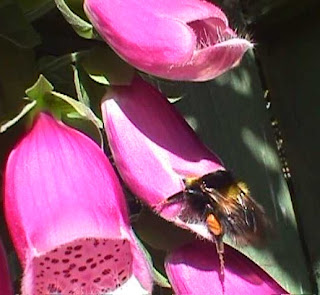 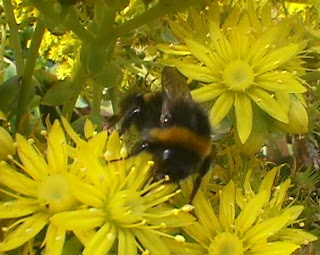 A delight in white; 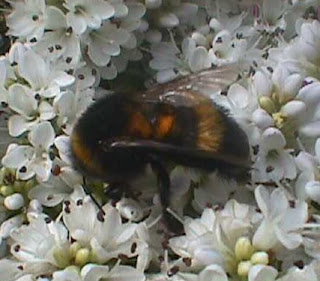 Oops, apologies, bumble, didn't mean to intrude. As you were; 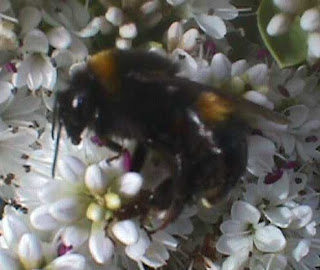 I know we've already admired the bumbles amidst the globe artichokes before, but I just can't resist slotting another picky into this post as well. The way this bumble is sticking out his back legs just cracks me up every time I look at it. 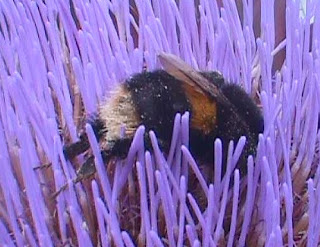 As you may have noticed by now, none of these "teddy bears" are actually flying, but their locations clearly hint at aeronautical activity.

I had to perform an emergency bumble rescue recently when I spotted one head-butting a window...on the fourth floor of an inner city building. What he was doing up there, other than panicking, I do not know. It's not like there were any flowers up at that level. No wonder they tire themselves out.

This high flyer needed a rest from his globe exploration. Serene in green; 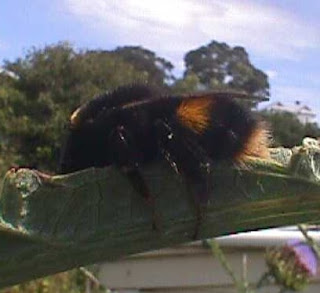 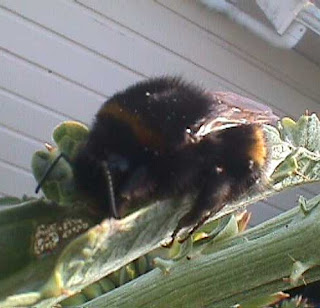 Speaking of rescues...I had to perform another intervention last week. I went to fill up the bird feeder--a.k.a. a  jar lid--on my verandah, and discovered a bumble huddled in it. I gasped at first because I assumed he'd been pecked to bits, but I'm relieved to say he had no obvious injuries.

Not a very smart place to catch forty winks, of course. I don't know if birds eat bees, and I'm not sure I want to know. I expect they do.

I relocated teddy bear features to a nearby cornflower. He went right back to work, but his burst of energy didn't last very long. Another nap was called for. Somewhat safer place to take one, me thinks. Doubt the hawks would spy you there, bumble. A nosy parker like myself, on the other hand; 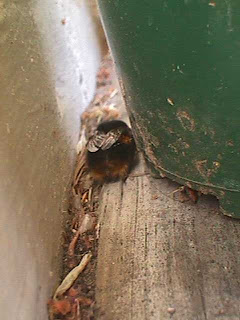 Ya know, despite my "incompatible with the colour yellow" status, the more I think about it, the more I like the idea of dressing up in a bumble costume anyway. Just for the hell of it.

Obviously people would think I'm a freak, wearing a bug outfit at my age. If I was five I'm sure they'd smile. They'd probably smile now that I am not five, but their grin would have a different meaning. But hey, it would be naive to think that people don't already consider me a freak. Gotta be realistic about these things.

I might get away with the transformation the first time. I imagine there would be a few polite, possibly even jovial inquiries as to whether I'm attending a fancy dress party, or a school fair, or some other festivity where it is socially acceptable to adopt a dress code outside of the norm.

But when I reveal that my choice of clothing is not prompted by a special occasion, just a desire to honour the humble bumble, I reckon that's when the smiles might turn to sniggers. Or grimaces.

The important thing is that dressing in bumble attire, would make me smile. And laugh. And then of course, I would fall down because initiating my "flight plan" and laughing would be incompatible. I would be a giggling disheveled stripey heap, cluttering up the footpath.

I should probably consult the DSM first, to make sure that reinventing oneself as an insect isn't one of those diagnostic criteria that invites involuntary commitment to a mental institution. Just to be on the safe side. I reckon I'd bee all right. It's not like I'm planning to sting anyone. 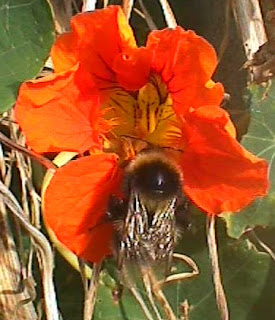 There are also other issues to consider. To be a bee, when you are not a bee, isn't as simple as it sounds. (Why do my ideas always end up so complicated?) I predict that I may have to make my own costume. Doubt you can just buy one off the rack. Unless you are five.

But I reckon I would need two costumes, a spare for when one is in the wash... And possibly another slightly altered outfit if the day wear version doesn't make the transition to sleep wear very well. Depends on what I make the wings out of, I guess.

And I will have to work on my buzzzzzzzz if I'm going to be a credible bumble impersonator. Sound bites are so important these days, aren't they.

But I can live with that. Slightly more challenging costume wise though. I would definitely have to make my own. And my efforts might be too ambiguous. Onlookers might ponder, "why is that woman/freak dressed like a twig?"

Oops. Another elongated post. I have been waffling on again, haven't I...rambling on...or perhaps, bumbling on... 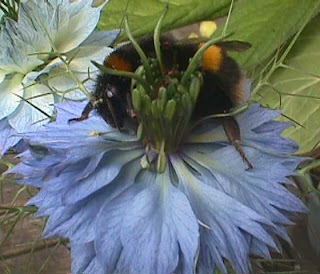 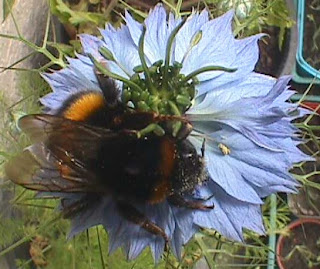 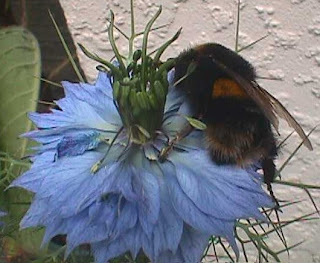 You adorable little teddy bear, you; 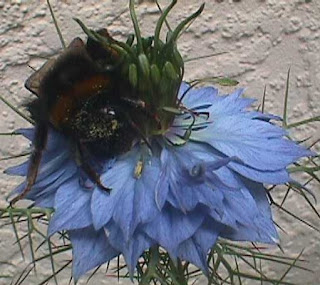