Those with spines...and those without.... 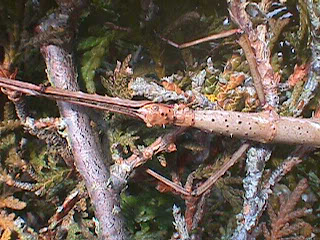 These spiny stickys don't live in my garden, but in someone elses. Yes, I have been loitering...outside stranger's houses...talking to their bushes...

Of course, it's not the bushes I am conversing with, but the stickys in them, but other humans might not realise this important distinction.

Rest assured that if I spot a human approaching, I button my lips and just stand there smiling stoopidly, like I'm waiting for a bus, until they have passed by. A technique sure to allay any suspicion. Unless they notice that there is no actual bus stop... 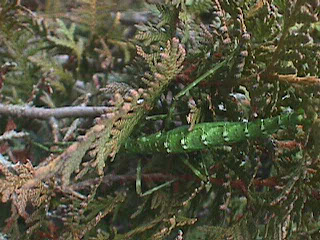 Perhaps I should prepare an explanation just in case someone alerts the local constabulary to my presence. Neighbourhood watch in action. That would be funny. Not.

And because it wouldn't be funny, I'm sure a giggle would escape and we all know what happens when that happens (scroll down to my Stuck on Stickys post if you need to get up to speed on this.) It would get messy, for sure. 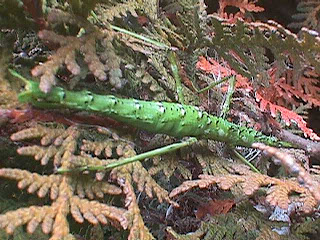 Uh oh. Do you realise what I have just gone and done? I have put the idea in my own head--why oh why do I have to be so impressionable--that I'm going to have one of my uncontrollable laughing fits in front of a police officer. Which means the next time I see a police officer, whether there are any stickys in the vicinity or not, I will start smirking. How suspicious will that look...

And it won't end there. A gigglefest will ensue. I won't be able to pause long enough to convince the agent of law enforcement that I'm not on drugs. What do you think the outcome of that will be? Yikes. Especially if the cop thinks I'm laughing at him... Double yikes...

And just to reiterate, my laughing fits are quite dramatic. I ain't kiddin'. My limbs go all floppy and I collapse in a disheveled heap, regardless of whether or not it is an appropriate social environment for me to do so.

And I start...sort of...well...squeaking. That too. A most peculiar sound, even if I do say so myself. It isn't the sort of noise you would expect human vocal cords to produce. (Freaked me out the first time I heard it.) People stare. Sometimes they snigger at my squeaking--if they're not too uptight--which is nice. Means I have zero chance of regaining my composure if others join in though, but hey. The world needs more laughter, right? 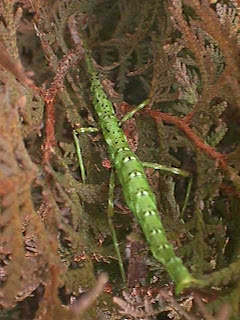 Oh, and I reckon my speculation about the police response to supernatural predators in my last post, would mean that if I actually did manage to compose myself enough to string together a coherent sentence, chances are I would say something I shouldn't, like; "So tell me...do tasers work on zombies?"

And then I would just laugh, and squeak, some more. What would the police officer do, I wonder...

As luck would have it, the other day when I was crossing the road, what should be waiting to turn the corner, but a cop car. And what was my reaction to seeing it there? To start smirking, of course.

I think it's safe to say that more than enough evidence has been tabled via this blog that I am indeed guilty...of being a doofus...

I shall interrupt myself there, and throw in another RBP. There is a sticky in this photo, honest; 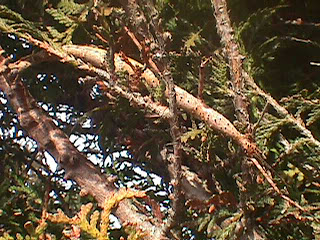 Maybe I should see if I can get me one of those medical alert bracelets that states something along the lines of;

"This person has a tendency to express behavioural patterns that might suggest intoxication despite the absence of alcohol or drug consumption."

"This person is a bit nuts."

Finally, an emerald maiden basking in the sun; 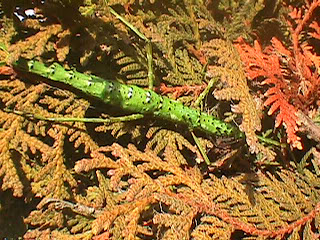 And now I must, regrettably, instigate a change in tone.

I wasn't sure if I could publish this post, as these pictures now just make me sad. I went to take more photos of these stick insects recently, only to discover that at least four of them had been lined up in a row, and squashed on the footpath. Couldn't see any other adults left alive on the bush, and there had been quite a few in residence.

I think it's probably best if I censor myself, and leave the final comment to Blake;

The tree which moves some to tears of joy, is in the eyes of others only a Green thing that stands in the way.