What better way to kick off the new year than with a celebration of bug bottoms! I've seen some impressive ones lately. I've even taken a few photos. Introducing our first contender for BBOTY--Bug Butt of the Year Award; 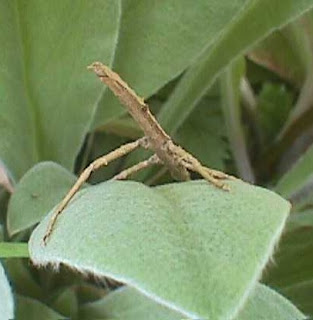 I spotted this sticky a while ago in my back garden. I was a bit concerned that she may suffer from social isolation issues as the other stickys live in my front garden. The thought of a lonely stick insect troubles me. I am, however, very pleased to report that she found herself a "friend." I haven't seen either of them recently. I'm guessing they have eloped. How sweet is that.

Another noteworthy bottom of the stick insect variety; 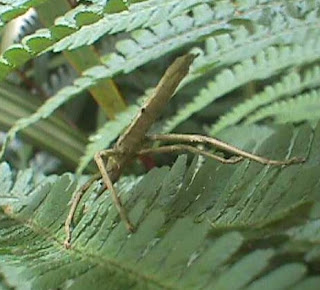 Bit of a story behind this next...well...behind...

I was thinking about bugs one day, as I often do, or in particular, I was thinking about the bugs that make me a bit nervous. I usually say that I love bugs, but a more accurate statement would be, I love most bugs. Some still make me shudder. Like whitetail spiders, maggots and cockroaches.

I lived in Gisborne for a few years when I was a child, and lots of cockroaches lived there too. Big ones. They used to fall down from the ceiling onto my bed at night, when I was in it. And they would be waiting to greet my feet when I slid them into my slippers in the morning. They freaked me out. I was worried they might crawl into my ears.

I've always felt a bit mean for viewing them differently than other bugs. There is really no reason for me to do that. Just an irrational fear. I was thinking one day that I should overcome that fear, but this was after I had made the decision to shift further south, where it is frightfully cold, way too nippy to be cockroach country. I therefore concluded that I would never get the chance to make my peace with their kind.

Naturally, I moved into a flat that is infested with them.

I counted about forty cockroaches in the first month or so that I was here, which is about seven times more than I saw in the entire eighteen years that I lived in Christchurch. Interesting. They are smaller than the Gisborne variety, at least I thought they were until I spied this not so little lady trekking up my bedroom wall;

Isn't she a sassy mama...so staunch...showing off her spurs... I reckon she's about to reach for her holster... perhaps I should duck...

Apologies for it not being a very clear photo, but she is inside a BuRR (a Bug Relocation Receptacle), for obvious reasons. I was a bit worried she might be preggers...

I usually relocate the little ones too, but if they're hard to reach, which they often are, that high ceiling thing again, I just wave instead, ask them how their day has been, that sort of thing...politely request that they refrain from crawling into my ears while I'm sleeping...

So, there you go, I have made my peace with them after all. Sort off. What a strange world this is...

This next photo cracks me up...not a bottom, but closely related...it's bug poo, upside down doo...hilarious... And artistically deposited in a position no human could replicate; 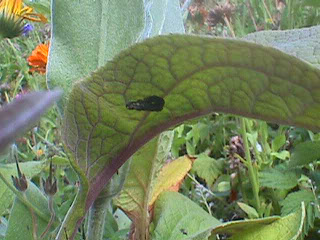 This bumblilicious beauty stopped by for a photo shoot on the verandah; 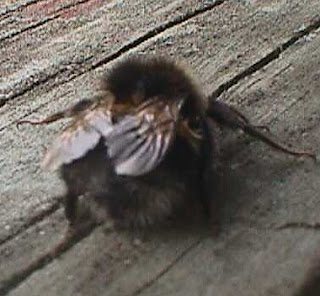 And he posed for me too, tucking his wings out of sight and crossing his legs in a cutsy wutsy fashion, so I could get an even more flattering shot. What better way to conclude our bug bottom celebration than with a bumble butt!; 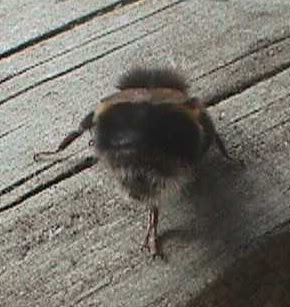 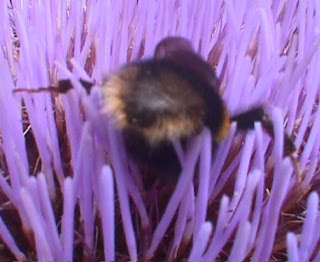 Which is why I have to post another picture of his butt from a different angle; 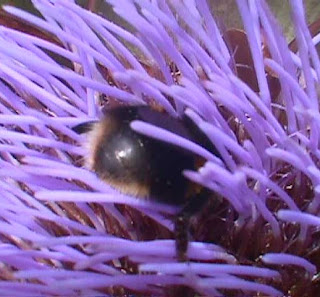 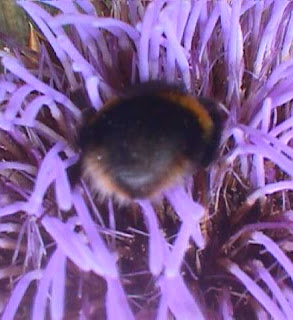 And finally, I would like to dedicate today's post to this exquisite creature whose ample bottom no longer tries to barge its way through my door. RIP,  Master G. It was a privilege to know you; 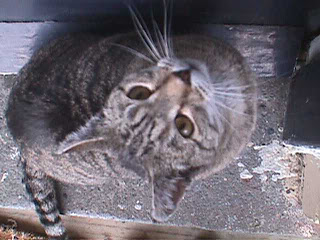