Can't really get much more versatile than water, really. You can drink it, cook with it, wash with it, play in it, generate electricity with it, put out fires with it, make plants grow with it, dance in it (insert raindrops keep falling on my head soundtrack here), use it to get from A to B, either by boat, or hovercraft, or walnut shell, if you are Thumbelina. 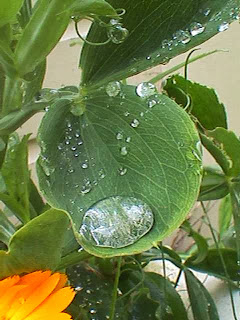 You can probably do many more things with water that my brain hasn't connected the dots with yet. But it is both friend and foe. A giver of life, and a taker. You can drown in it. Even if you are on land. Hurricanes. Tsunamis. Floods. Swimming pools. Bathtubs. Puddles.

And you can also die because of what is lurking in it. Whenever I watch those wildlife documentaries, the ones about the lions and zebras and giraffes, I feel an overwhelming urge to go to Africa and build bridges for the wildebeest. So the crocodiles lurking in the rivers can't get them. 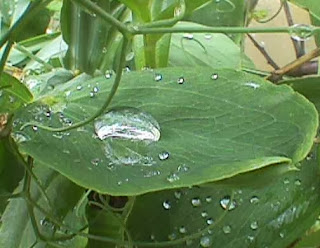 But yeah, I know what would happen then...the crocodiles would starve...and the wildebeest population would explode...and then the lion population would blossom too, but then the wildebeest would run out of food, and then the lions would as well, so they'd start eyeing up the elephants instead and...and...and so my meddling would upset the delicate balance of the whole ecosystem...

So I will just have to extend my deepest sympathies to the wildebeesties, and to all of the animals who experience chronic anxiety issues triggered by the very basic need to put their heads down to drink at the local watering hole. Yikes. Imagine that. Having your jugular coveted by creatures in, and out of the water. The perils of being thirsty.

No element of choice involved though. We all need water. Many animals, including humans, die without it. Many die from drinking it as well, because it's contaminated. It might kill you quickly, or slowly, delivering a lethal dose of bacteria, or other scourges like heavy metals, or parasites. 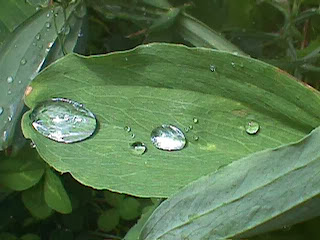 But there's something else important we can do with water--admire it, which is the purpose of this blog post, of course. Oceans are a visual feast, as are many rivers and lakes, the unpolluted ones, at least. And let's not forget waterfalls, rock pools, and rainstorms. Hell, I'm often mesmerised by the ensemble of swirls that congregate in my morning coffee. Bewitching.

But the individual drop is also noteworthy, imo. A delicate jewel. An often mobile one thats whimsical journey has to be captured before it morphs into a different kind of sustenance, like plant food.

Water is, in essence, a magician. It can be a solid, or a liquid, and can make the transition between the two in an instant, like a chameleon. Fluid with fluidity. 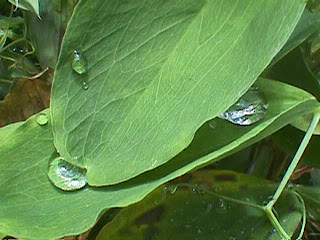 It can make a dramatic statement of its power in the form of a mighty glacier, yet still woo us with both the simplicity and complexity of a single snowflake. It can find a path around many obstacles in its way. It can take on any shape, and also shape its surroundings. In seconds, and over centuries. Not only can it descend from the sky above, but it can bubble forth from below the ground too.

It can do other fancy stuff as well, like dissolve solids. Salt. Sugar. Itself in a different form. And it can dissolve and dilute at the same time. It really knows how to multi-task, doesn't it. 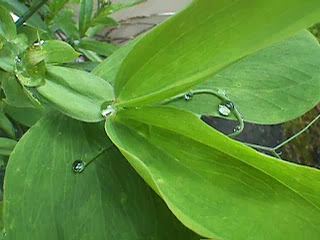 Magician, and musician. It can lap playfully, gently, against a rock, or murmur softly as a warm rain. It can  drum roll as a torrential downpour, or thunder over a waterfall.

Water is the quintessential nomad. A traveller that wanders through life weaving in and out of the lives of others. Sheesh. Talk about a mindboggler. Sure makes my water based brain pulse with intrigue. What can't water do? Walk on itself...? Maybe...? Actually, yes, I guess it can, if a snowflake can float before it dissolves... that's water walking on water, isn't it? It is in my book, anyhoo... Holy water, if you ask me... 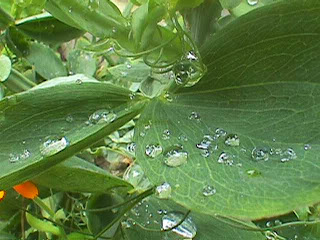